The term ‘unknown unknowns’ was made famous by Donald Rumsfeld almost 20 years ago when, as US Secretary of State for Defense, he used it in describing the lack of evidence about terrorist groups being supplied with weapons of mass destruction by the Iraqi government. However, the term was probably coined by almost 50 years earlier by Joseph Luft and Harrington Ingham when they developed the Johari window as a heuristic tool to help people to better understand their relationships.  In engineering, and other fields in which predictive models are important tools, it is used to describe situations about which there is deep uncertainty.  Deep uncertainty refers situations where experts do not know or cannot agree about what models to use, how to describe the uncertainties present, or how to interpret the outcomes from predictive models.  Rumsfeld talked about known knowns, known unknowns, and unknown unknowns; and an alternative simpler but perhaps less catchy classification is ‘The knowns, the unknown, and the unknowable‘ which was used by Diebold, Doherty and Herring as part of the title of their book on financial risk management.  David Spiegelhalter suggests ‘risk, uncertainty and ignorance’ before providing a more sophisticated classification: aleatory uncertainty, epistemic uncertainty and ontological uncertainty.  Aleatory uncertainty is the inevitable unpredictability of the future that can be fully described using probability.  Epistemic uncertainty is a lack of knowledge about the structure and parameters of models used to predict the future.  While ontological uncertainty is a complete lack of knowledge and understanding about the entire modelling process, i.e. deep uncertainty.  When it is not recognised that ontological uncertainty is present then we have meta-ignorance which means failing to even consider the possibility of being wrong.  For a number of years, part of my research effort has been focussed on predictive models that are unprincipled and untestable; in other words, they are not built on widely-accepted principles or scientific laws and it is not feasible to conduct physical tests to acquire data to demonstrate their validity [see editorial ‘On the credibility of engineering models and meta-models‘, JSA 50(4):2015].  Some people would say untestability implies a model is not scientific based on Popper’s statement about scientific method requiring a theory to be refutable.  However, in reality unprincipled and untestable models are encountered in a range of fields, including space engineering, fusion energy and toxicology.  We have developed a set of credibility factors that are designed as a heuristic tool to allow the relevance of such models and their predictions to be evaluated systematically [see ‘Credible predictions for regulatory decision-making‘ on December 9th, 2020].  One outcome is to allow experts to agree on their disagreements and ignorance, i.e., to define the extent of our ontological uncertainty, which is an important step towards making rational decisions about the future when there is deep uncertainty. 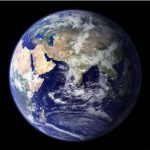 A couple of weeks ago, I wrote about unattainable uncertainty [see ‘Uncertainty is unattainable and near-uncertainty unaffordable’ on May 12th, 2021] and you might have thought that some things are certain, such as that tomorrow will follow today.  However, even that’s not certain – it has been estimated that there is a 1 in 300,000 chance in the next one hundred years of an asteroid impact on earth resulting in more than one million fatalities.  It might seem like a very small probability that you will not be around tomorrow due to an asteroid impact; however, as Sir David Spiegelhalter has pointed out, if that probability of fatalities related to an industrial installation, then it would be considered an intolerable risk by UK Health and Safety Executive.  By the way, if you want a more accurate estimate of the probability that an asteroid impact will prevent you seeing tomorrow then NASA provides information about the next Near Earth Object (NEO) to pass within 10 lunar distances (the distance between the moon and the earth which is 384,000 km) at https://cneos.jpl.nasa.gov/.  121 NEOs came within one lunar distance during the last twelve months of which the largest had a diameter of between 88 m and 200m, which is about the size of an Olympic Stadium, and came within 310,000 km; while the closest came within 8000 km, less than a Earth’s diameter which is 12,742 km, and was between 4.8 m and 11 m in diameter or about the size of two double-decker buses.  Spiegelhalter reassures us by telling us that there is no record of anyone, except a cow, being killed by an asteroid whereas tragically the same cannot be said about double decker buses!

Spiegelhalter D. Risk and uncertainty communication. Annual Review of Statistics and Its Application. 4:31-60, 2017.