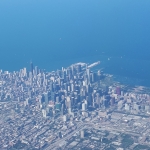 The latest UN Climate Change Conference in Madrid, which is holding its closing session as I am writing this post, does not appear to have reached any significant conclusions.  Unsurprisingly, vested interests have dominated and there is little agreement on a plan of action to slow down climate change or to mitigate its impact. However, perhaps there is progress because two recent polls imply that 75% of Americans believe humans cause climate change and roughly half say that urgent action is needed.  This is important because the USA has made the largest cumulative contribution to greenhouse gas emissions with 25% of total emissions, followed by the EU-28 at 22% and China at 13%, according to the Our World in Data website.  However, the need for urgent action is being undermined by suggestions that we cannot afford it, or that we will have better technology in the future that will make it easier to act.  However, much of the engineering technology that is needed to remove fossil fuels from our economy is already available.   Of course, the technology will be improved in the future but that is always true because we are continually making technological advances.  We could replace fossil fuels as the energy source for all of our electricity, buildings and heating (31%) and for most of our industry (21%) and transportation (14%) using the technology that is available today and this could eliminate about two-thirds of current global greenhouse gas emissions. The numbers in parentheses are the percentage contributions to global greenhouse gas emissions according to the IPCC. Of course, it would require a massive programme of infrastructure investment; however, if we are serious then the subsidies paid to the oil and gas industry could be redirected toward decarbonising our economies.  According to the IMF, that is approximately $5.2 trillion per year in subsidies, which is about the GDP of Japan.  The science of climate change is well-understood (see for example ‘What happens to emitted carbon‘ and ‘Carbon emissions and surface warming‘) and widely recognised; the engineering technology to mitigate both climate change and its impacts is largely understood and implementation-ready; however, most urgently, we need well-informed public debate about the economic changes required to decarbonise our society.

United Nations Blog, The drive to a conclusion, December 13th, 2019.

Footnote: The videos ‘What happens to emitted carbon‘ and ‘Carbon emissions and surface warming‘ are part of a series produced by my colleague, Professor Ric Williams at the University of Liverpool.  He has produced a third one: ‘Paris or Bust‘.

Society’s perception  of scientists and engineers is not well-balanced; scientists tend to get the headlines when they make new discoveries while engineers are only in the headlines when things go wrong.  Even worse, when I was a student, the successes of the NASA’s space shuttle were usually reported as scientific achievements while its problems were engineering failures; when the whole programme was an enormous feat of engineering!  Perhaps this is because news organisations tend to have science correspondents and editors but no engineering correspondents.  When you search for engineering journalism jobs most of the results relate to roles associated with the technology of journalism; whereas a search for science journalism jobs results in dozens of vacancies for science writers, correspondents and editors.  The lack of engineering correspondents has been evident in the UK during the past week in reporting about the potential bursting of the dam at Toddbrock Reservoir and flooding of the town of Whaley Bridge in Derbyshire UK.  A 188 year old dam has been damaged by the turbulent flow of water over its spillway following unprecedented levels of rainfall (e.g. https://www.bbc.co.uk/news/uk-england-derbyshire-49222956). There is little discussion of the significant achievement of the Victorian engineers who designed and built a dam in the 1831 that has lasted 188 years or that climate change is causing shifts in weather patterns which have altered the design specifications for engineering infrastructure including dams, bridges and sea defences.  We need more journalists to write about engineering and preferable more journalists who have been educated as engineers particularly as society starts to face the potential existential threat caused by climate change and over-population.

For more on the nature of engineering, and its relationship to science, see ‘Making things happen‘ on September 26th, 2018; ‘Engineering is all about ingenuity‘ on September 14th, 2016 and ‘Life takes engineering‘ on April 22nd 2015.

And on the communication skills of engineers: ‘Poetasting engineers‘ on March 4th, 2015 and ‘Einstein and public engagement‘ on August 8th, 2018.

I made a mistake last week by initially publishing two posts.  My apologies for confusing you or tantalising you with the prospect of going bungee jumping and then postponing the trip.  We’ll go bungee jumping next week.  I postponed it because it’s a preview of the new MOOC on ‘Understanding Super Structures‘ that I am writing and there was a delay in publishing the registration page for the MOOC.

When I posted my comment about postponing the bungee jump due to rain, I didn’t realize that, the following day Liverpool would be battered by Storm Doris, with 90 miles per hour winds that closed the Port of Liverpool.  As I sat writing week 4 of the new MOOC, the wind was swirling around our house causing the windows to rattle; and, on the top storey of our narrow but tall house, you could feel the house moving in the gusts of wind.  Across the street, people visiting Liverpool Cathedral were hanging onto the railings as they made their way to the entrance, and the trees were being bent over to an angle that made you think there would be a loud cracking and splintering of wood at any moment.  Fortunately, the storm was short-lived in Liverpool and moved on to wreak havoc inland.  Bungee jumping would have been very hazardous!

The number of violent storms appears to be increasing and the graphic shows the number of storms in the Atlantic basin since 1850.  Although there is a lot of scatter in the data, there is a clear concentration in the last couple of decades of years with fifteen of more named storms, which suggests there has been more energy in the weather systems in recent years.  The primary source of this energy is the temperature of the oceans and atmosphere.  There is a good account of the development of storms cells in Manuel Delanda’s book ‘Philosophy and Simulation: The Emergence of Synthetic Reason‘, see chapter 1 – The Storm in the Computer, which is available via Google Preview.

The increased frequency of high-energy storm systems is a very apparent manifestation of climate change that is having an impact on many people.  Yet, some governments refuse to even consider the possibility that our climate is changing and that they need to lead our society in discussing and planning strategies to mitigate the impacts.  It reminds me of the saying, attributed to Henri Poincare: ‘To doubt everything, or, to believe everything, are two equally convenient solutions; both dispense with the necessity of reflection.’