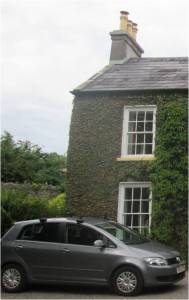 My car but not my house!

The scandal about Volkswagen emissions has already caused journalists and others to wring their hands or to preach sermons, or both, about the ethical standards of the engineering profession, see for example the Editor’s blog in Professional Engineer where he reminds us that professional engineers should conduct their professional work and relationships with “integrity and objectivity and with due regard for the welfare of the people, the organisations and the environment with which they interact”. The quotation is from the Royal Charter of the Institution of Mechanical Engineers. Fine words written to induce good intentions that rarely survive in the face of greed or simply the need to keep your job so that you can feed and house your family.

In my view, the emissions scandal seems to have parallels with the banking scandals of the past decade, in which corporate greed has trampled over ethics and morals in the pursuit of ever larger profits while government regulators through incompetence or acquiescence have allowed it to continue. Volkswagen were wrong to design a device to cheat the Government emission tests, but Government regulators were naive to design a test in which it was so easy to cheat. Senior executives at Volkswagen have blamed their employees following other recent examples.  These company leaders were paid gigantic salaries to provide both leadership and management and, in my opinion, they have failed in both by blaming the people they are supposed to be leading and by allowing the scandals to happen in the first place.

The evidence would suggest that we can trust neither corporations nor governments to take care of the environment. One solution is for all vehicles to provide real-time information on the dashboard about NOX and Carbon emissions as well fuel consumption then we can make our own choices. When I moved to the US more than a decade ago, I was surprised to find that fuel consumption data was not available on the dashboard of most cars as it was already commonplace in Europe. Perhaps its presence was a factor in the development of fuel efficient cars in Europe although clearly higher fuel prices play a large role.  However, in the absence of a tax on emissions, real-time emission data on the dashboard would motivate engineering ingenuity to compete to produce lower emission designs instead of wasting creativity on cheating in useless Government tests.

Here are some of facts to support my statements above about large profits and gigantic salaries:

Volkswagen profits rose 21% in 2014 to more than $12billion on an annual turnover of $230 billion which is comparable to the GDP of Portugal.

The CEO of Volkswagen was paid almost $18million per year which is about 250 times the average salary of a Volkswagen engineer.