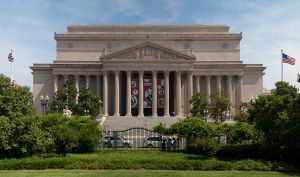 I had some time to spare in Oxford last week and visited the Treasury in the Weston Library again (see my post entitled ‘The Red Crane‘ on July 26th, 2017).  I was amazed to be confronted by an eight-hundred year-old copy of the Magna Carta.  No fuss, no fanfare, just sitting there behind a glass screen as close as you are to your screen as you read this blog.  But the Bodleian Library has four copies of the Magna Carta; so, maybe it’s nothing special to them!  This one is slightly dogged-eared, or to be more precise, rodent-nibbled – there were a couple of small holes where an animal had gnawed it while it was folded up and stored at Osney Abbey from its issue following King John’s death in 1217 until the Abbey’s dissolution in 1539.  The equivalent documents in the USA, the declaration of independence, the constitution and the bill of rights, are housed in the grandiose building on the National Mall, shown in the picture.

After the Weston Library Treasury, I went to the bookshop next door and could not resist buying a couple of books: ‘Signs Preceding the End of the World‘ by Yuri Herrara and ‘The Wandering Falcon‘ by Jamil Ahmad.  Hopefully, I will not succumb to tsundoku (see my post on ‘Tsundoku‘ on May 24th, 2017) and will eventually read these novels.  BTW – you can read the Magna Carta here.

It’s October and the start of university term, which also means that once again I am teaching thermodynamics to first-year undergraduate students. I have blogged on thermodynamics frequently; so, I am going to provide links to these posts during the next couple of months.  Primarily for those of my undergraduate students who find their way to this blog, but hopefully these links will also be of interest to regular readers. My opening lecture set thermodynamics in the context of the more familiar sciences as described in my post entitled ‘And then we discovered thermodynamics‘ on February 3rd, 2016.  Last week’s lecture started with the Zeroth Law of Thermodynamics, which I have discussed in two posts entitled ‘All things being equal‘ on December 3rd, 2014 and ‘Lincoln on equality‘ on February 6th, 2013 – now I’ve gone in a full circle, if somewhat shakily!

International Prototype of the Kilogram (IPK)

An axiom is a statement so evident or well-established that it is accepted without controversy or question.  However, in his review of Sokal’s Hoax, Steven Weinberg has suggested that ‘none of the laws of physics known today (with the possible exception of the general principles of quantum mechanics) are exactly and universally valid’.  This propels physics to the same status as biology (see my post entitled ‘Laws of biology?‘ on January 13th 2016) – in lack exactly and universally valid laws and it suggests that there are no scientific axioms.

‘Things that are equal to the same things are equal to each other’ is Euclid’s first axiom and in thermodynamics leads to the Zeroth Law: ‘Two things each in thermal equilibrium with a third are also in thermal equilibrium with each other’ (see my posts entitled ‘All things being equal‘ on December 3rd, 2014 on ‘Lincoln on equality‘ on February 6th, 2013).   Thermal equilibrium means that there is no transfer of thermal energy or heat between the two things, this leads to the concept of temperature because when two things are in thermal equilibrium we say that they are at the same temperature.   Last week I explained these ideas in both my first year undergraduate class on thermodynamics and my on-going MOOC.  This week, I have challenged MOOC participants to try to identify other measurement systems, besides temperature, that are based on Euclid’s first axiom.

For instance, its application to mechanical equilibrium leads to Newton’s laws and from there to mass as a measure of a body’s inertia.  We use Euclid’s axiom to evaluate the mass of things through a chain of comparisons that leads ultimately to the international kilogram at the Bureau International des Poids et Mesures in France.  Similarly, we measure time by comparing our time-pieces to an international standard for a second, which is the duration of  9,192,631,770 periods of radiation corresponding to the transition between the two hyperfine levels of the ground state of the cesium 133 atom.

However, given Weinberg’s statement perhaps I can give you a harder challenge than MOOC participants: can you identify exceptions to Euclid’s first axiom?

I think I can identify one: if you calibrated two very accurate timepieces against a cesium 133 clock and then took one on a journey through space travelling at the speed of light while the other remained on Earth, when you brought the two together again on Earth they would not agree, based on Einstein’s theory of relativity, or what he called relativity of simultaneity.  Now see what you can come up with!

Food and drink seems to have been a recurring theme in my undergraduate lectures recently which as we are approaching a festive season is perhaps not inappropriate. At the moment, I am teaching thermodynamics to three hundred first year undergraduate students.  Zeroth and first laws of thermodynamics before the Christmas break and then the second and third laws in the New Year. Toast, pizza, barbecued steaks, hot coffee, bottled water, and cold milk shakes have all featured as Everyday Engineering Examples of thermodynamic systems in recent lectures. We can define a thermodynamic system as a quantity of matter capable of exchanging energy with its environment. And, most food preparation processes involve heating, chilling and, or doing work on the food by stirring, beating etc. which are all forms of energy exchange, so the opportunities for Everyday Engineering Examples are many and varied.

In one recent lecture, I asked the class to consider the quickest way to cool your coffee with milk. It was a multiple choice question to which students could respond in real-time using their phones and a website called polleverywhere.com. There was more than one correct answer depending on the assumptions you made about the quantity and temperature of the milk as well as the temperature of the coffee and environment. The core issue is that the rate of cooling is proportional to the temperature difference. While discussing the possible answers, I made a throw-away remark about stirring the coffee involving doing work on the coffee and thus increasing its internal energy and temperature, which would be a step in the wrong direction. I was delighted when one of my students picked me up on this and sent me this link about stirring tea.

It is great to know that at least one student is listening and sufficiently engaged to do a little research. Only 299 left to inspire!

The hot coffee will transfer heat to its cooler surroundings by natural convection and radiation at its free surface and by conduction through the ‘walls’ of the cup. Similarly, the cup will transfer heat to its surroundings by natural convection and radiation from its outer surfaces. This process will establish a temperature gradient in the coffee that will induce a very slow convection flow that would be accelerated by stirring, i.e. introducing forced convection. This is likely to increase heat transfer slightly by carrying hotter coffee to the surfaces. The additional heat transfer (loss) might be more or less than the work done to stir the coffee. Who would have thought something as simply as stirring coffee or tea could be so complicated! 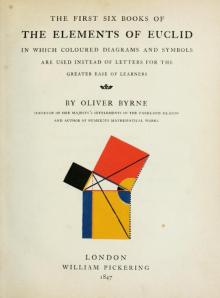 Some of the greatest insights and inventions are obvious once they have been pointed out to you and you wonder how you could not have spotted them yourself. Is it luck or genius that allows someone to be the first to have a great idea? The quest for more efficient engines to power the industrial revolution led the likes of Sadi Carnot, Rudolf Clausius, William Rankine, William Thomson and James Watt to experiment and think deeply about thermodynamics or what might be called energy science or energy engineering. They established the First Law of thermodynamics (energy is always conserved) and Second Law of thermodynamics (entropy increases in all processes) of thermodynamics but initially missed the more fundamental, and arguably simpler, Zeroth Law (two systems in thermal equilibrium with a third must also be in thermal equilibrium each other). Rankine, working around 1850, is often attributed with identifying the Zeroth Law but probably the credit should go to Euclid (380-260 BC) who appears to have got there first in the fifth of his series of six books, ‘Elements’ [see my post entitled ‘Lincoln on equality‘ on February 6th, 2013).

The first English translation of ‘Elements’ is believed to have been by Sir Henry Billingsley in 1570.  A later version by Oliver Byrne was published in 1847 and you can read it on-line.  Go to page 173 to find a version of the Zeroth Law which can be paraphrased as ‘Things that are equal to the same things are equal to each other’.

Oliver Byrne, was Surveyor of Her Majesty’s Settlements in the Falkland Islands which presumably left him plenty of time to be the ‘author of numerous mathematical works’ as the title page to his book states.  The title page also tells us that ‘coloured diagrams and symbols are used instead of letters for the greater ease of learners’.  The bold primary colours and straight lines remind me of the paintings in the recent Mondrian exhibition at the Tate Liverpool. Maybe Piet Mondrian (1872 – 1944) was inspired by Oliver Byrne’s beautiful book, which was an early example of innovative graphic design and as well as an attempt to make mathematical concepts more accessible – something many writers of modern textbooks make little serious effort to do!